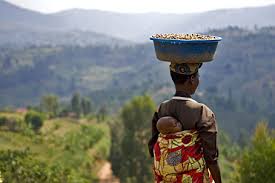 Coffee was first introduced to Tanzania in the 16th century, which was a good time before many of the world’s present day producers saw coffee beans arrive on their shores. Since then, Tanzania has become the 19th largest producer of coffee in the world and in 2006 they produced over 55 million pounds of coffee beans.

When coffee was first introduced, however, Tanzania’s Haya tribe first used the beans as an edible stimulant instead of using them to comprise the brew we know and love today. Shortly thereafter it was used as currency. It wasn’t until Germany colonized Tanzania that coffee began to be cultivated as a cash crop. Between 1905 and 1920, coffee export and production in the country had increased three fold. And, after WWII, over 10 million coffee seeds were planted by a British instituted program.

About seventy percent of the coffee produced in Tanzania today is of the Arabica cultivar and is grown on high altitude regions, such as Mt.Kilimanjaro. Robusta makes up the remaining 30 percent and is typically grown near Lake Victoria on slightly lower altitudes. Tanzania’s highest grade coffees are grown in Arusha, Moshi, and Kilimanjaro regions. A good cup will have a very distinctive acidity throughout and have a medium to full body with a rich flavor – producing a zesty and clean tasting cup profile.